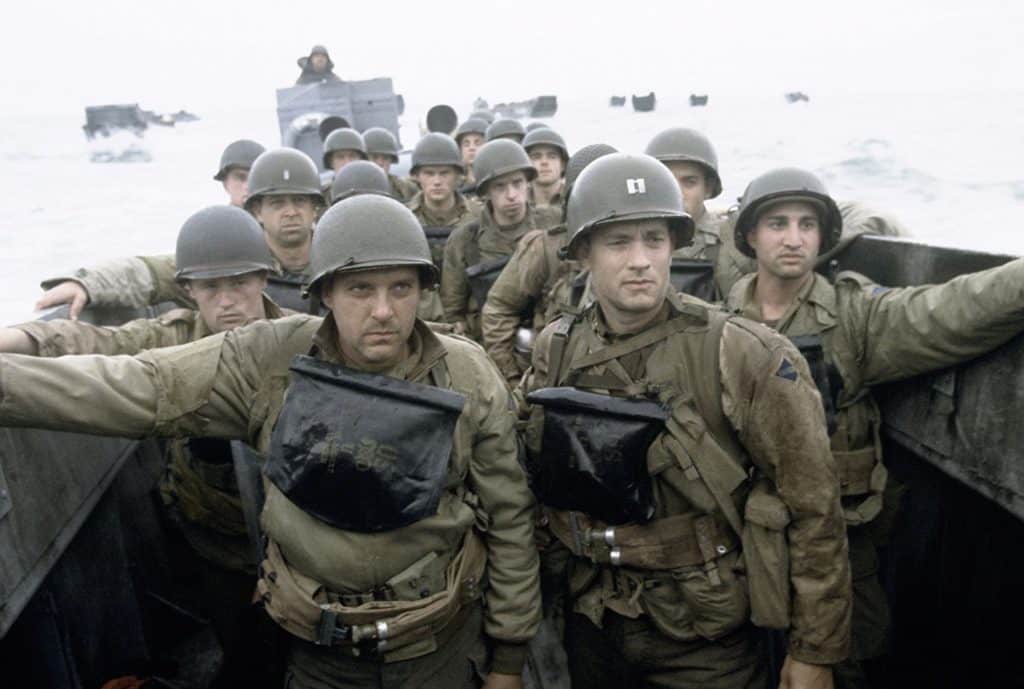 I was aged 9 when I distinctively remember being affected by a war film, Having been too young to have been able to see the block-busting Saving Private Ryan in cinemas. My young mind had somehow became aware of the film. It must have trickled through from hearing my parents discuss the film or having heard it being played downstairs on the big telly while the sounds of Tom Hanks and his squad of Rangers battling through Normandy seeped into my subconscious mind while I was sleeping.

My mind was set, I needed to see it for myself. So I finally plucked up the courage to ask my mum and dad if I could see it. Being the kind nurturing parents that they always have been I was allowed to fetch the video from the shelf and sit down for an movie afternoon. I went and retrieved it that hallowed vIdeo. It was fancy book style box that opened to reveal a behind the scenes write up on the inside. I recently talked to my mum on a zoom call about just how that particular VHS made its way into their home video collection.

I recently spoke to my mum about the movie & she told me that it was hard to ignore the film when it came out, with its large advertising campaign and the cultural and social impact the movie had on the movie going public at the time. She bought our copy from WH Smiths ( For our international listeners ‘Smiths is a book shop here in the U.K, but used to sell Videos and DVDs too ) as a gift for my dad for Christmas in 1999. Adding that it cost her a whopping 15 pounds!

So the stage was set, we all sat down as and pressed play. Little did I know I was about to watch a film that would define my life for years to come and light a spark that has never died out in my young mind.

The movie opens in the American Cemetery in Courville Sur Mer, Normandy.  The Horn heavy soundtrack  pierces the silence as the camera pans upwards to reveal an old man walking ahead of his family. His son takes pictures and is frowned upon by his wife. The man steadies himself on a tree as he sees something off camera and immediately makes a b line for it.

He walks in between the rows of crosses that mark the fallen. It was a very striking thing to see for me as a youngster, not having yet thought about the human costs of war. SPR’s opening scene for me has to go down as one of the most effecting openings in the war movie genre.

When the man finds the grave he has been searching for he bursts into tears and drops to his knees. His family immediately come to console him. The camera zooms into the shaken mans face as the sound of waves crashing builds over John Williams score. The last thing we see before cutting back to 1944 is a set of eyes that look like they have seen more than any man should ever have too.

Then there is a hard cut to Omaha beach, 6th June 1944 is still in my mind one of the greatest transitions in cinema, safe to say the 9 year old me was totally engrossed by the point the movie shows us the cramped interior of a Higgins boat as it thunders to the Normandy coast. During this sequence we first meet the main cast, Tom Hanks as ‘Captain Miller’ shouts some orders over the sounds of the sea. The men are crouched down and many are experiencing sea sickness. Tom Sizemore’s ‘SGT Horvath’ tells them not to bunch up. The opening lines of the scene are seared into my brain…‘Move fast and Clear those Murder holes!’

By 1999 Hanks was already a huge Star but to younger audiences, he will always be the ‘Woody’ from Toy Story. Young Robbie was shocked that sheriff woody or his voice actor at least was about to land on Omaha beach. It was truly jarring to have the voice of a toy you own about to fight in the 2nd world war.  Thank god Tim Allen wasn’t playing Horvath or I would never be able to watch Toy story in the same way. ‘Theres a snake in my combat Boots’ just doesn’t have same ring to it.

The landing craft moves closer to the beach, the Rangers inside start to look even more anxious. The ramp of the Higgins boat drops…Machine gun fire rips into the first few ranks of men. It’s bloody and it’s loud. The entire opening sequence of the film sets the bloody  tone for the rest of the movie. Unlike any western war films that had come before it SPR attempts show war in its rawest form. Men kill and men die. In its even its base form war is hell on earth. In the D-Day sequence alone a record 17,000 blood squibs were used and you feel the impact of every bullet and the devastating effect of accurate machine gun fire.  My young eyes had never seen anything like it, I was terrified but could not look away. I already had a fledgling interest in the 2nd world war but SPR had already cemented my subsequent ever engulfing interest in military history and the war movie genre.

But it wasn’t only the expertly shot Omaha sequence that gripped me, the dialogue is snappy and frantic. The sound work produced for the film won 2 Academy Awards at the 1999 Oscars. Winning 5 out of the 11 it was nominated for. Only the ww1 epic 1917 rivals SPR for nominations for a war film at 11 oscars nominations.  Which is another movie that effected me, but that’s a story for another day.

Putting awe inspiring set pieces aside. The film also did its bit to bring the human element of war home to me in that first viewing. Towards the mid point of the film just after an attack on the German Radar station where the squads young medic is killed. There is a heated argument between BAR gunner Reiben and SGT Horvath on the legitimacy of the mission to rescue Ryan and the squads situation as a whole. The scene is extremely emotionally charged. Each man letting out their mixed emotions towards each other and the war. Horvath pulls a pistol on Reiben and threatens to execute him. It looks like the argument will turn deadly.

But Captain Miller breaks the tension by asking what the pool on guessing his pre war job. proceeding to explain that he was a Teacher and how while serving in the Rangers has changed him so much that he wonders if his wife will recognise the same man after the war. It’s a genuinely expert piece of acting from Hanks who throws so much weight behind each word. There is so much going on behind the text in a scene that has taken me years to sift through and the personal battle that miller is fighting just below the surface.

It only hit on me after the fact that men in who fought during ww2 or any war before or since for that matter,  are not all career soldiers. All of them have pre war careers and families and have someone waiting for them at the end of it.

Not only is Miller saying that each man he personally kills through combat but also by his command. The weight of the responsibility he has over his small band of men lies heavy on Millers shoulders. A theme that many films have tried to convey, only a few films in my mind show this burden effectively. An example would be Stanley Baker in ‘Yesterdays Enemy’ (1959) you can see from the expression on both actors faces during these scenes  they have the weight of the world on their shoulders.

The scripting is another key feature of why SPR had such a big effect on me. It shows the human side of war something that I feel that some movies before SPR failed to properly present in such a gut punching way. It’s even more heartbreaking on repeat viewings as you are already aware of Millers fate.

I could go on and on about why I Love the film. Yes it can be & has been pulled up on certain points during, then after release by the wider historical community. But I think from a purely Cinema standpoint it has to be one of the great films ever made. It was released during a time where the memory of the war was being re-kindled in the cultural realm of the mid to late 90s. It of course opened the door to the, some would argue even more beloved ‘Band of Brothers’ (2001) & ‘The Pacific’ (2010) mini series. Without the commercial and critical success of SPR it’s hard to imagine those series seeing the light of day.

Love it or loathe it Spielbergs war epic will always hold a special place in my heart, thanks for reading. 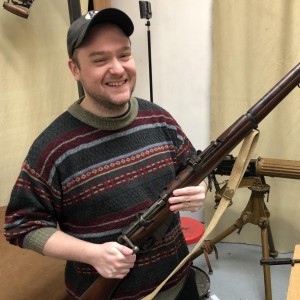 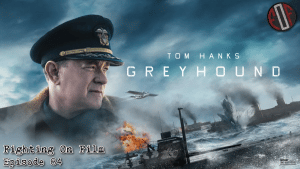 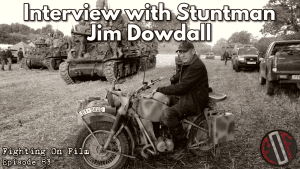 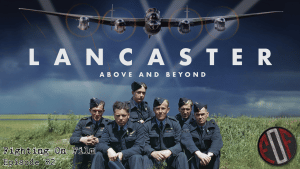